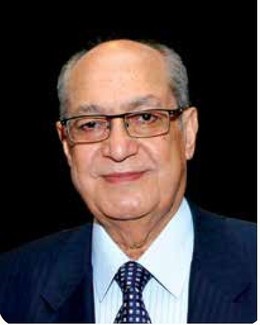 - PhD in "Sociology of Education", University of Pittsburgh, USA.1982.

- Chairman of the Committee of Educational Studies Sector at the Supreme Council of Universities, Egypt.

- Member of the Council of Enlightenment and Culture against Terrorism, Cairo University.

- Director of National Center for Examination and Evaluation of Education, Egypt (1998-1999).

Dr. El-Bilawi was the Director of major projects of Education Reform, including:

- Senior Advisor of the Project "Guiding Framework of Performance Standards for Arab Teachers", (2010), the League of Arab States and UNICEF.

As the Secretary General of ACCD, Dr. El-Bilawi has conducted and developed several projects and studies in the field of childhood development in the Arab countries.

Member of several Arab and international academic and professional organizations and councils.